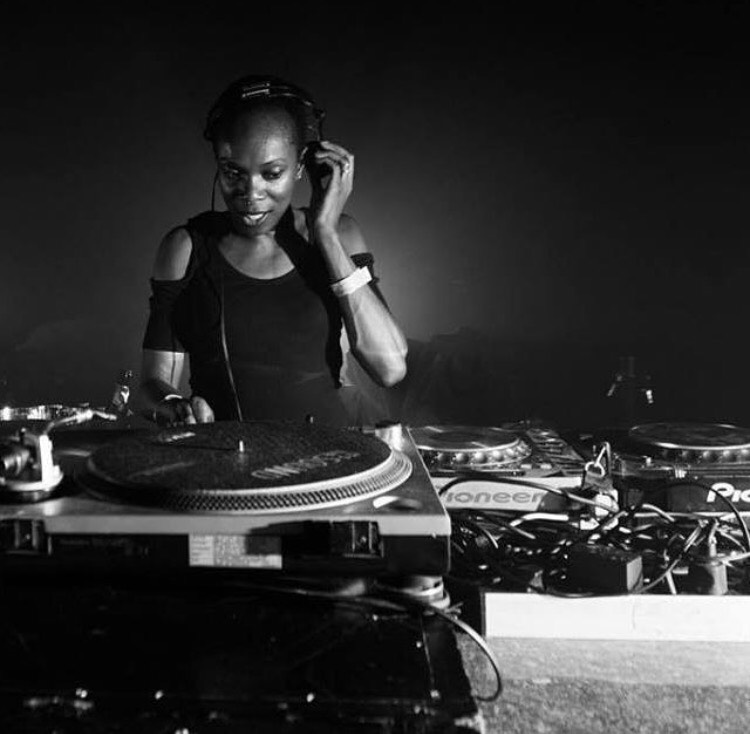 Over the course of two decades, Shinedoe has carved a path into the world of house and techno that is entirely her own. Chinedum Nwosu’s relentless passion for the finer elements of electronic dance music has seen her win over hearts and minds in every aspect she has turned her attention to - from her transformative DJ performances, authoritative productions and exquisitely curated labels - Intacto and now the newly formed MTM Records (Music That Moves). Like only a handful others in the scene, her name signifies a strength of purpose and commitment to quality that is rare in the world of dance music.

Based in Amsterdam and with Nigerian roots, Shinedoe has graced some of the world’s most significant DJ booths - from her countless performances in Berlin's Berghain to underground festivals and clubs all over the world. Beginning her journey as a DJ at 19 years old, Shinedoe has drawn inspiration from originators like Jeff Mills, Derrick May, Juan Atkins, Carl Craig, Kevin Saunderson and Orlando Voorn. With her deep connection to the sounds of Detroit, Chicago and the often unsung Amsterdam scene, her DJ sets blend these influences with a warmth and style that few can hope to emulate - her mixes take dancers on a sensual, explorative trip to the beyond. Having honed her considerable skills at her own Inmotion parties in Amsterdam from 2001.Shinedoe shared the stage with techno and house royalty, whilst making a huge impact on Amsterdam’s burgeoning scene with her forward-thinking booking policy.

Shinedoe radiates a positivity that at times can seem in short supply elsewhere in electronic dance music. Dive in to her extensive back catalogue of productions and it’s clear she has established a sound that is recognisably her own - both timeless and unique. Her releases stretch back over a decade to when her debut track Dillema dropped on Dutch label 100% Pure in 2004. It was clear nothing was going to hold her back - the track was picked up by everyone from the techno elite to the bedroom DJs and ravers who couldn't get enough of its tough, funky and infectious groove. A series of killer 12s would follow, both on her own Intacto imprint and labels such as, Rekids, Ibadan Records, Cocoon, Bpitch Control - to name but a few. Key moments included the Fuse Presents Shinedoe mix that dropped in 2007 on Music Man, which added extra heat to her already hot reputation. Having also contributed stellar mixes for XLR8, Groove magazine, Electronic Beats, and Data Transmission, Shinedoe also delivered exceptional remixes for the likes of The Knife, Orlando Voorn, Pantha Du Prince, Terre Thaemlitz, and Booka Shade.

Since its founding in 2004, Intacto has gone from strength to strength under the guidance of Shinedoe and co-head 2000 and One (Dylan Hermelijn).  Now with around 100 releases to its name, the label represents a distinct approach to electronic music - rooted in respect, quality and professionalism, yet wildly courageous and adventurous in its releases. Intacto was heavily populated by Shinedoe’s productions - including three albums (Sound Travelling, No Boundaries and Illogical Directions) that won plaudits across the board. Yet in in 2018, Shinedoe founded MTM Records - Music That Moves - a new label exclusively focussing on her own musical vision. MTM is the home for precision techno with soul - literally music that will move you in every sense, and another reminder as to why Shinedoe is one of the most engaging and inspiring artists in electronic music.